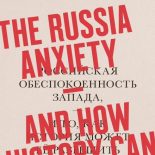 Russia runs like a red thread through the novels of John le Carré. Often it’s there as a proxy — the secret police chief, the guards outside the embassy, or the hidden voice at the end of a Checkpoint Charlie telephone. Only in his twelfth novel, The Russia House (1989), is it finally there in its own right, a complete place, alive in the experiences and imagination of the book’s protagonist, Barley Blair, who is called on by MI6 to extract secrets from a would-be Soviet defector with whom he once shared an all-night conversation about life in the countryside near Moscow.

Only a small number of Russianists get to be soaked-out publishers, saxophone aficionados, and the life and soul of any party they attend. But in other ways many who come to study Russia have inhabited Barley’s world. ‘You go for a walk in the countryside and end up arguing with a bunch of drunk poets about freedom versus responsibility,’ Barley expounds to his handlers. ‘You take a leak in some filthy public loo, somebody leans over from the next stall and asks you whether there’s life after death.’ The fact that a lot of Barley’s early insights about Russians — ‘their love of anarchy and their terror of chaos… the huge heart beating inside the huge shambles’ — turn out to be clichés only makes him more convincing to the Russianist who once shared his thoughts.

There are different reasons why outsiders study Russia, but Barley Blair — endlessly curious and willing to embrace his own excitement — shows us the best of them. He is observant, charting, for example, the Soviet Union’s cashless economy of favours: ‘With the fancy soap she would buy the bolt of green check cloth of pure wool that the manager of the clothing shop was keeping locked in his storeroom for her.’ In this most important of anglophone novels about perestroika, he recovers for us a lost voice: ‘what had looked like a pipe dream twenty years ago was today our only hope, whether we’re talking disarmament or ecology or plain human survival.’ Meanwhile, Barley notices the things that still exist: how the ‘sensual if haphazard elegance’ of the woman he has fallen for seems to emerge from the very environment of her ‘tiny apartment’.

With his gift for mimicry, le Carré creates an instantly recognizable encounter with Russian civilization. This means that The Russia House is a partly optimistic book. As long as people can respond to foreign cultures with Barley Blair’s sense of wonder, we might share that qualified optimism. For all these reasons, le Carré’s Barley has been a worthy festive gift for me. Happy Christmas.

This entry was posted on December 25, 2016 by beyondthekremlin in Russia past and present and tagged Cold War, novels, perestroika, Russia-and-the-West.