Russia in 1914: the welfare state that never was 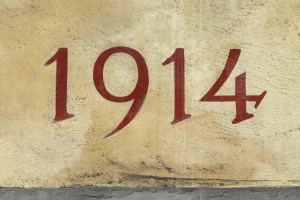 The great anniversary is approaching. In a few weeks, it will be one hundred years since the outbreak of the First World War. A century on, the catastrophe of 1914-18 looks more than ever like the forcing house of the twentieth century. It was then that industrialized violence, mass politics, polarized ideologies, full-scale bureaucracy and previously marginalized social groups all emerged as the shapers of modern life. Revolutions struck. Empires fell. The problems of our time turned critical; they were not solved.

No wonder, then, that we have been obsessed by the world before the fall. It’s a great theme of literary culture and historical scholarship alike, from Parade’s End to The Man Without Qualities, from Arno Mayer’s Persistence of the Old Regime to Charles Emmerson’s 1913. In the case of Russia, this lost world is a place of particular poignancy — and, for historians, bitter controversy.

Although their debates have lost some heat, historians of Imperial Russia have clashed, sometimes menacingly, over the question of whether Russia was already revolutionary by the time the War began. Had Russia turned the corner after the disastrous shock of the 1905 Revolution? Were its economy, jurisprudence and politics becoming more modern, stable and sustainable? Or was society so alienated from the Tsar, and the different classes so alienated from each other, that the War might actually have delayed the onset of the inevitable collapse of the monarchy?

Historians have explored the problem from the full range of political, economic, social and cultural angles. One of the most interesting and curious clues to the problem, the social insurance law of 1912, has not escaped their notice, but it has not really been fully integrated into the debate.

The new law was less comprehensive and generous than similar schemes passed almost at the same time in Britain and considerably earlier in Germany. It complemented a durable Russian ‘company town’ tradition that went back centuries, where the employer provided some form of welfare provision for the worker. Surprisingly often, the employer was the state: mines, for example, tended to be state property. But the 1912 law made the economic protection of workers in cases of illness and injury — through fixed employer and employee contributions — compulsory, even if it only applied to certain labouring groups, perhaps making up twenty per cent of the workforce.

Some workers objected, because they feared losing existing workplace benefits or gaining an inferior system in return. In Britain, some workers also opposed the pre-war Liberal government’s welfare measures, though their reasons were usually grounded on a sense of class solidarity that did not yet exist in Russia. But when the operation of the Russian law got underway, it did so with growing success and popularity among workers. We know this because workers were required to participate in the insurance boards that implemented the scheme. The elections that chose the worker representatives were often divisive, not least because of the involvement of Bolsheviks and Mensheviks. But the insurance boards started to offer a model of a cross-class participatory welfare system. The outlines of this model survived the outbreak of war and some of its aspects survived the Revolution. But it is really an antique, a period piece, a curiosity, like the decor on the set of Downton Abbey: it belongs to the world that we lost in August 1914.