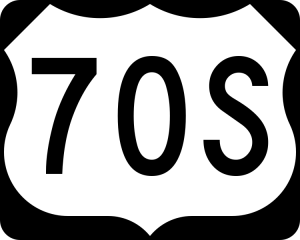 The years of Brezhnev, associated above all with the 1970s, are for most people irrevocably typecast as the era of stagnation. Read Western visitors’ accounts of that time and you will see what struck them most: the lack of urban colour, the drabness of people’s clothes, the shortages in the shops. For sure, the Soviet seventies were grey. But historians have begun to look at the decade through a different set of lenses. By focusing on marginal groups, on the people who dropped out, some historians have begun to see this as a time defined by the subversive, the fragmentation of normality. Cultural diversity and dynamism suddenly enter the picture. But is this right? After all, that which is peripheral becomes central if you look at it for long enough.

My own research on welfare leads me to think that normality and normalization defined people’s experience during the seventies. Subversion was indeed built into the Soviet system, but mainly through the deeply entrenched second economy, and usually in ways that generated stability rather than anxiety. Even more important in most people’s lives were their daily encounters with the state. And so the massive welfare system, reaching into many aspects of life, was central to people’s activities and their ideological commitments. The result: stability.

The Khrushchev years were famous for their welfare reforms, such as the pensions laws of 1956 and 1964. Post-Stalin policy, ideology, and jurisprudence activated social and economic rights in a way that had not been possible in the violent Stalin-era dictatorship. People and policymakers alike began to recognize and act on these rights. The consequences were apparent long after Khrushchev fell from power. Published data, supported in various ways by archival materials, indicate a huge extension of the Soviet ‘welfare state’ in the 1970s. While the social insurance budget increased by four times in the 1950s, it more than doubled in both the 1960s and the 1970s. The big rise in the number of old age pensioners came as a result of the 1964 pensions law, but the numbers grew significantly in the 1970s. It was a similar story with the numbers of doctors. Here, the original big rise dated to post-war necessity, but the 1970s were a time of continuing increases.

And it seems entirely plausible that during these years a fundamental commitment to the welfare system, and thereby to crucial branches of Soviet ideology, became ever more central to the way that many Soviet people looked at the world and understood who they were. No doubt, such a commitment very often coexisted in the same person with acts of subversion and derision for political ritual. But it made for a complex contribution to the basic stability of late Soviet power.