The Olympic Games and the welfare state 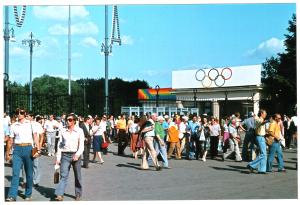 Imagine a midnight flit from the Balkans to southern Russia, for the sake of a lucrative job on an Olympic building site that never pays anything at all. Unpaid wages, confiscation of passports, police abuses, lack of housing, extreme working hours, absence of contracts: these are only some of the allegations made by migrant construction workers in Sochi. Human Rights Watch claim evidence of seven hundred specific complaints. It is one of the scandals of these Olympics.

All this looks like globalization: migrant workers who lack employment rights building the facilities of a global jamboree. Sochi, presumably, is scarcely unique. One can find hints of similar things even in the Soviet Union in the run-up to the Moscow Olympic Games of 1980. But in the 1970s, there was also a different ideological element at play: not globalization, but welfarism.

Back then, of course, the economy was centrally planned. In 1978, 9,330 skilled workers were supposed to be sent to Moscow from the union republics, from places such as Kazakhstan and Azerbaijan, to work on Olympic construction. Only half this number were on site by December of that year. Although managers seem to have been desperate for labour, they probably found unregulated ways of making up the shortfall, perhaps taking on chancers from outside the city limits, giving them the most miserable of company housing and not providing the residence documents that would have given them access to welfare. This was simply part of how industry worked. We have plenty of evidence that managers did this kind of thing in earlier periods of Soviet history, and they did so too in the 1970s on another blue riband construction project, the Baikal-Amur Railway (BAM) in the Far East.

In Estonia, where preparation was underway for the Olympic sailing regatta, the labour shortage was especially acute. In May 1978, the highest ranks of the Estonian Communist Party wrote to the Central Committee in Moscow with an appeal for the allocation of an extra 600 workers. They were given 200. Perhaps that was what they were aiming for: the correspondence has the spirit of a ritual bureaucratic negotiation. As negotiators, the Estonians appealed to the central authorities not on the basis that the country faced international disgrace if it failed to complete on time the new Olympic buildings, such as a hotel and a press centre. Instead, their trump card was to claim that permanent building workers would have to be diverted from constructing housing, kindergartens, schools and hospitals if sufficient migrant labour was not drafted in. Whether this was a winning negotiating card to play or not is unclear, but the Estonian party authorities certainly thought that it was. Of course, it was scarcely an expression of true belief. But it still suggests that, for them, welfare rather than international prestige was at the heart of how the Soviet Union understood itself.